ED: So many adjectives lol. These kinds of prologues are troublesome to edit, because the author tries too hard in making a dramatic scene. So, I may have made a bunch of errors in editing. I hope the actual chapters aren’t like this.

Anyway, we firmly and sincerely apologize for the delay. TL had his own business, and I became too busy with designing an SG team’s bicycle jersey to remind him about updates. Also, Quna scratch just came out in PSO2 (bought everything lol), so editing took a day longer than usual >_<

TL: Well sorry for many things came up. I was looking for a proper job in Japan but I decided to go back and look for the Japanese company in my country next year. Until that time come. Currently, I’m doing my best for the business store and also another plan for investment. Yes, this got me delay.  Another thing, I will still continue for the Aim the Deepest part of the Labyrinth and the next part of the chapter perhaps will be completed within this week or next week. btw, Enjoy~ 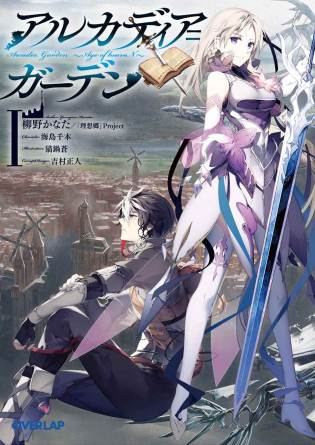 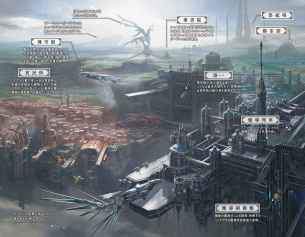 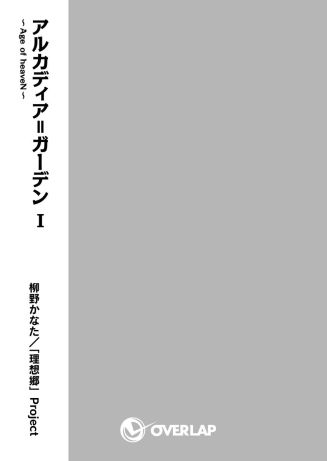 The ground is sinking.

A black muddy stream presses down everything in its flow.

Darkness is whirling around while the everything on the ground continues to be swallowed.

Under a cloud of darkness, everything is crushed and torn apart like broken toys.

The darkness has taken the shape of a vortex which swallows up everything inside. However, in the middle of this, a crimson light shines. The light resembles a human eye. And, like a spider, or rather a serpent, a mist spreads and knocks everything down to the ground.

No one knows what this disaster is called. It was just called “Crawling Darkness”. Like a spider. Like a snake. Because it crawled from the bottom of the earth and eats everything in its way.

Its darkness swallows everything.

However, a miracle occurs. One after another, pieces of earth that should have been swallowed appeared, and they floated up to the sky. The crimson eye also followed its rise, looking towards the heavens from the bottom of the earth. The land came together and became a massive steel fortress. A young man holding a sword stands at its apex. A swing of his sword becomes a violent gust of wind. Dazzling light shines from the sword that he holds. The eyes of crimson look up, looking as if it’s filled with hatred – suddenly it springs up from the ground to attack the castle.

Compared to the darkness, the steel castle seems to be nothing.

Though the darkness doesn’t have claws or fangs, it struck the steel castle like it had them.

The young man, with no fear, countered by swinging his sword, which unleashed a bright streak of light.

It was a mysterious way to defend his fortress from its malicious attack.

This scene goes beyond common sense.

But the “Crawling Darkness” is far more powerful.

The claws of the darkness caused massive damage to the steel castle, bringing the young man under its mercy. Both the fortress and the man are wounded, causing the latter to lose his strength. The crimson eye gazes at its prey, laughing.

However, the young man doesn’t give up. Even though he was severely wounded, he charged at the mass of darkness without ceasing.

The “Crawling Darkness” looks displeased. Despite being beaten every time, the young man still didn’t give up.

The “Crawling Darkness” looks irritated. Again and again, he was beaten, but the young man still didn’t give up.

The “Crawling Darkness” became angry. It has beaten the man countless times now. But of course, the young man still doesn’t give up.

Why doesn’t he give up?

Why doesn’t he stop attacking?

Again and again, the mass of darkness attacks the young man.

Again and again, the wounded young man stands back up and attacks.

The light of the sword and the darkness of the disaster strikes at each other repeatedly, causing the ground to shake, and the skies to boom with the sounds of their thunderous clash.

Eventually, the disaster, the “Crawling Darkness” lost. The young man manages to strike and divides its crimson eye, causing its fragments to soar and scatter throughout the earth.

“I will not die. I will come back.” Those were the last words of the “Crawling Darkness” before it completely disappeared.

The dark clouds covering the sky dispersed and made way for the blue sky again.

Afterward, the young man was hailed as the Hero of the World.

The story of his bravery was passed down throughout the land.

Everyone around the world knows of the story of the hero.

The story of the hero with the flying fortress of steel, wielding the God’s sword.

—- The tale of the Hero and the Utopia

The light is shining brightly in the garden.

Two pairs of eyes are shining brightly, enchanted by the book they are reading. It’s a book depicting the tale of the most famous story since ancient times; the tale of the Hero.

The eyes belonged to a young boy and a young girl.

“Me too, I will become a hero! And get acknowledged by the God’s sword!” the young boy with gray hair resolutely said.

The young girl with silver hair followed the boy, saying “Me too, I will become one!”

The boy is surprised as he heard the girl.

The boy tells the girl that there is only one God’s sword, so there could only be one wielder. But after hearing it, the girl just shook her head and said “But, me too! I want to become a hero too!”

The boy is startled for a few seconds and afterward declared laughingly “… If you’re that persistent, then let’s see who will become a hero first! It’s a contest!”

The silver-haired young girl also laughs. And thus, they make a pinky promise for it.

The weather is warm and comfortable; a good day to be out and about.

On these kinds of days, people usually take deep breaths, and are out confessing their love, or hanging out with their friends; important moments for them. These times will become happy memories in the future for them.

However, for the grey-haired boy and the silver-haired girl, theirs is different. After this day, they will encounter many problems and suffer – until the bond between them shatters.